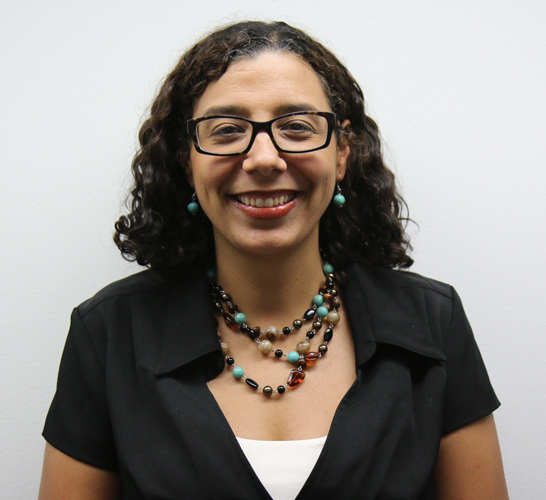 Originally from North Carolina, Kelly discovered her passion for helping victims of domestic violence while pursuing an undergraduate degree in public health. While student teaching, one of her 9th grade students was absent for several days. Kelly was shocked to learn that the student was admitted to the hospital because she was physically abused by her boyfriend. This incident inspired Kelly to pursue a career in which she could help victims of violence.

Kelly joined Safe Horizon in 2013 as the director of Prelude House, one of six emergency shelters we operate. In this role, Kelly became a steadfast advocate for our survivors and a recognized leader within the organization.

One of her objectives as Vice President of Domestic Violence Shelters is to focus on creating opportunities to develop, research and integrate more trauma-informed services to compliment the services we already offer. “We want to equip both the shelter staff and shelter residents with techniques that help deal with trauma, ” Kelly explains.

An example of implementing trauma-informed services is teaching shelter residents and staff a technique called Grounding. This technique can help individuals cope with the emotional pain caused by something happening in the present that reminds them of a past traumatic event. Grounding is a practice where a person dealing with the feelings of reliving past trauma is reminded that they are in a safe place and in the present moment. “Teaching techniques like grounding can help minimize the trauma our shelter residents and shelter staff members can experience, ” Kelly further explains.

What #PutTheNailinIt Means to Kelly

Kelly has noticed the huge impact this simple act has had on her personal and professional life. “When the domestic violence shelter residents see my purple fingernail, it reminds them that I’m not only supporting them, but that I’m committed to ending violence,” says Kelly.

You can help domestic violence survivors Be a Voice for Domestic Violence Victims & Survivors

Actionable steps you can take to help those in need.