A Familiar Pattern in a Spouses Final Act 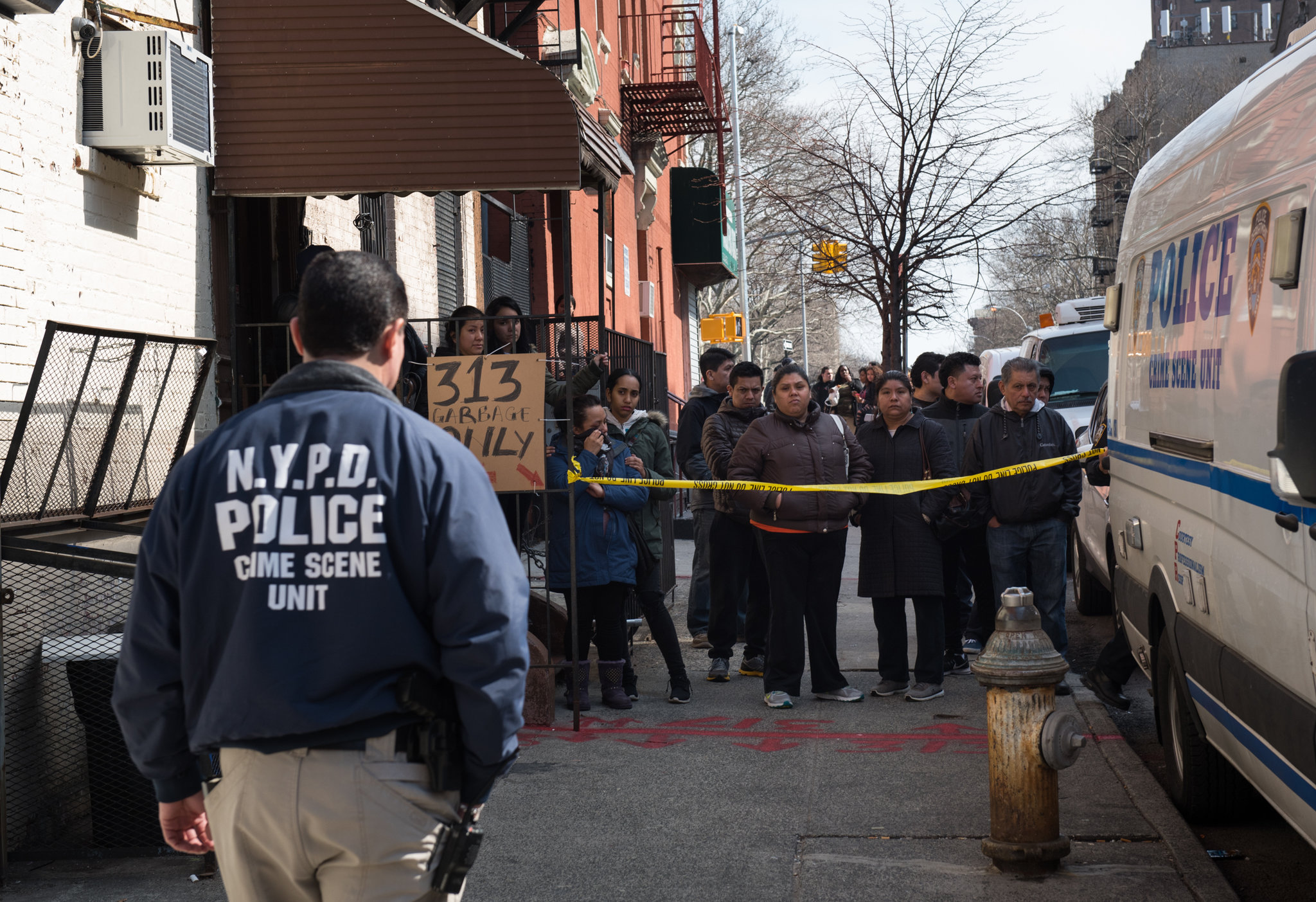 Seventeen cuts lined Alejandro Uribe’s forearm like tally marks — each, he said, for a year he had been with Nadia Saavedra, his hometown bride from a riverside village in Mexico.

Ms. Saavedra had asked her husband to leave their Bronx apartment in late January, after years of absorbing his abuse. But Mr. Uribe grew obsessed, cutting himself and, after Ms. Saavedra called the police, planting himself in the stairwell and knocking on her door.

A short stay in a hospital psychiatric ward had not kept him from grasping at a vanishing marriage. He took to walking the 400 or so steps from his new home to Ms. Saavedra’s apartment — past a boxing gym, a pharmacy, two churches and a mosque — to watch who came and went. He followed her to Manhattan. He called their 16-year-old son, Uri, almost daily, asking about a man who he suspected was Ms. Saavedra’s boyfriend.

On Ms. Saavedra’s 34th birthday, March 7, Mr. Uribe waited in the hall outside her second-floor apartment, this time without knocking. When Ms. Saavedra opened the door to take their 11-year-old daughter, Naiyela, to school, he pushed his way past the girl and forced Ms. Saavedra into her bedroom.

She screamed her son’s name, but by the time Uri broke down the door, his mother had been stabbed 13 times. His father, shirtless, moved the 12-inch kitchen knife from one hand to the other before plunging it into his own rib cage, forcefull+J22y enough to pierce his heart. Mr. Uribe’s dead body crumpled on top of his wife’s.

A neighbor, Celin Feble, 16, heard Ms. Saavedra screaming “Stop, please stop!” She did not understand the gravity of what was happening until she saw Naiyela, weeping, emerge onto the sidewalk with a small black-and-white dog. Uri walked outside with blood all over his hands.

As murders in New York City have fallen to record lows in recent years, domestic killings have come to make up an ever larger part of detectives’ workloads. The cases often take shape out of the Police Department’s view — less than one-third of victims and abusers in domestic homicides have had previous contact with officers — frustrating an agency that is trying to home in on the most violent and vulnerable people.

Ms. Saavedra worked housecleaning jobs to support the family while she cooked for Uri and Naiyela and helped them with their schoolwork. Mr. Uribe preferred getting drunk while bantering about sports with other men, Maitec Saavedra said. In the quieter setting of home, with his wife and children, he grew anxious and lashed out.

“He would get aggressive when she would go home, ” Maitec Saavedra said, “because he knew that if he tried to say anything like that in front of them, they would not allow him to behave that way.”

Mr. Uribe worked for a time as a laborer around the city. He immersed himself in different brands of machinery and was skilled at fixing engines, so much so that clients would sometimes send cars to pick him up, Mr. Soto said.

But he had stopped working in the early winter, creating more friction in the marriage, Maitec Saavedra said.

Relatives prodded Ms. Saavedra about why she was still with him; she said it was for the children. As in many cases of domestic violence, the couple mostly hid their discord.

A neighbor who lives in Ms. Saavedra’s apartment building in the Bronx said she had heard screaming coming from the apartment on previous occasions. Others said Mr. Uribe was physically abusive. Ms. Saavedra confided to a few friends at a local nonprofit that her husband beat and humiliated her, the group’s founder, Elva Guevara, said.

Mr. Mendoza, Ms. Saavedra’s nephew, said the couple’s problems grew as Mr. Uribe become more emotionally unstable. “He is upset with everybody, with everybody — with no reason, ” Mr. Mendoza said.

To understand how murder lives on in a city that has seen crime fall to historic lows, The New York Times is examining the life and death of each person murdered this year in the 40th Precinct in the South Bronx.

Near the end of his life, Mr. Uribe became enraged about a relationship that Ms. Saavedra was having with another man, who described the relationship to detectives.

The police said they had not learned of any problems between Ms. Saavedra and Mr. Uribe until Jan. 28, when she called 911 to say he had threatened to kill himself during an argument and had slashed his left forearm.

By the time officers arrived, Mr. Uribe was gone; the officers, concerned about his state of mind, filled out a missing persons report for him. The police had no indication at that point that Mr. Uribe had been violent toward Ms. Saavedra. They wrote a domestic incident report for harassment and an argument.

The next day, around 3 p.m., Ms. Saavedra called the police again. Mr. Uribe was trying to get inside her apartment. Officers arrived and took him to the hospital. He had wrapped his cuts in duct tape, and told the officers that each one represented a year of their relationship, though a court record and her age at marriage suggest they may have been together for longer.

Ms. Saavedra went to Family Court that day, seeking an order of protection because Mr. Uribe had cut himself during an argument. She was granted a temporary order that would expire on March 9.

Ms. Saavedra alluded to her ordeal on Facebook. “Nobody said it would be easy, ” she wrote on Feb. 28. “But with my faith, and this peace that God has given me, I know that better things are coming!!!”

By the morning of March 7, the order had not been served. It indicated Ms. Saavedra needed to “arrange” to have it served by contacting the authorities, but police records show that she never did — a reflection of the onus placed on victims to secure their own protection, say counselors who work with domestic violence victims.

The pattern of a deepening desperation — Mr. Uribe’s threats to kill himself, his paranoia about a boyfriend — were familiar milestones on the path to domestic homicide.

Domestic homicides — killings that happen within a family or romantic relationship — fell from 76 in 2002 to 63 in 2014 in the city, according to the Mayor’s Office to Combat Domestic Violence. The decrease was helped in part by an expansion of government options for victims seeking to escape violence. But domestic homicides are much more stubborn than overall murders, which plunged at more than double the rate during the same period. Two-thirds of adult domestic homicide victims from 2002 to 2013 were women, city data show.

“The attitudes that drive domestic violence are deeply embedded in our culture, and are very persistent, ” said Liz Roberts, chief program officer at Safe Horizon.